What if this is it?
What if all you are and all you have right now it's the most you'll ever be / get?

People keep telling us not to give up our dreams, to keep fighting, to keep waiting, to have faith... But what if this is it? What if there's nothing more that what / how it is now? Is it enough? Is it worth it?

I've been dealing with these questions for a while now. I've always been a dreamer, a believer, even an optimistic person (yes, I was...), but life insists on beating me, throwing me to the floor, killing my hopes and dreams, changing my plans... and never for better.

Life lessons, some might say. Ok, I believe some are, as I also believe nothing happens without a reason. But as I once read... Sometimes I just wish I knew what that reason was, because you take it all, you fight, you keep believing and telling yourself to be strong, to held on tight, to keep your feet on the ground and your head high. Until one day...

One day you'll wake up and start asking yourself what if?
What if the man you love will never love you back or, if he does, will he ever be brave enough to come forward? Because you did... you put yourself out there and opened your heart and showed your feelings... What for?

Will you ever be enough at work? Ok, you know your value, you know you're good at what you do, but still you feel your work isn't fully appreciated, some coworkers refuse to respect you and you're not even remotely well paid. What to do? Get a new job? Keep holding until you snap? Or keep hoping for that day (that may not come...) when someone will recognize the value you are and all you gave to the company and finally give you what you think it's fair?

What if all your friends are getting tired of you just because you're depressed due to all of the above and something more? Do they stay? Do they want to stay? Do they gently start avoiding you? Do they just turn their backs on you? And you? Do you keep counting on them to tell them how you feel? Or, instead, you start avoiding them as well? Avoiding each and everything that results in you talking about how you feel, how suffocated an hopeless you are right now?

What if you can never get any of your dreams / goals fulfilled? A house you can call home, the love of your life, a handful of friends, your family healthy and enjoying life, a good job with a nice paycheck, being able to travel... all this without having to worry each and every time about what comes next. 'Cause those were my goals / dreams... and one by one, they have been falling / disappearing, changed by force of circumstances. And I don't like it. Don't like it at all.

Not being able to change it is the worst of all. No matter what I do, what I try, what I say... things never go my way. So I ask again. What if this is it? Is it worth it? Will I be able to live without everything I wanted / hoped for? To be just... this? 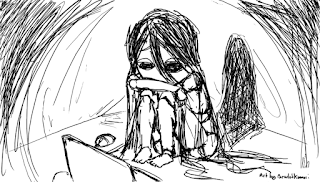 Once upon a time there was a girl, just like any other girl... Or not.
She grew up believing in true love, is cosmic energies, that everything happened for a reason, that people who are meant to be together end up together.
She had a few crushes, oh yes, she did, but couldn't say any of them was real love.

Not until the day she met someone she thought was her soul mate. It was too perfect, he looked perfect, their likes matched in most things, they understood each other, they made plans, they completed each other... or so she thought. After 4 years of dedication, commitment, passion and all she could give him, she was left with nothing. Nothing but a broken heart.

It wasn't easy to deal with low self-esteem and the firm belief that what could've gone wrong did so because of her. She needed years to recover, to glue back the pieces of her heart, to build up a wall to protect her from all harm, to change her mind about herself and what happened, to start believing she wasn't the villain in this story, that she was enough, that she even was too good for him. YEARS.

She was wrong. Oh so wrong.
Six years ago she came across a man. It could be anyone, but no... His soul sparkled like no other ever did. His eyes... a complete recognition. They became friends. As time went by she tried to deny her feelings and the notion that it was meant to be. That he was the one. The one she'd be waiting for her whole life. The twin soul, the soulmate, whatever people like to call it these days. The way he looked at her, the way he touched her, the way he talked to her, evrything made her believe. Still... She was afraid to be rejected.

She wasn't. After a few long talks things came out. It seemed there were shared feelings, the notion of the cosmic recognition, the spark. But she was too late. Probably 7 or 8 years too late. He was committed to someone else. He had a family.

After all that happened she still believed that people who are meant to be together should stay together no matter what. So she said she'd wait for him, she'd give him time to settle things in his mind, in his heart, because she was sure he'd choose her.

She was wrong. Oh so wrong.
He never did.
A year passed and things got worse. All the things he denied her (coffee break, lunch, going to the cinema - even as just friends), she saw him doing some of that with others... not exactly his family... just others.
So once again she thought she wasn't worth it, that she would never be worth it.
She tried to stop her mind from going further on that thought. She couldn't be the one to blame, she was sure about her feelings, she told the truth from the very beginning.

She now wonders if any of his words about his feelings for her, about the cosmic recognition were even true, or if he just liked the attention he had for a while, until something (someone) more interesting came along.

She's once again left with a broken heart, shattered to pieces. She's trying to glue it behind high walls, so no one can reach her ever again. Because it hurts too much to allow it once more.

Once upon a time this girl believed in true love, in destiny, in meant to be... now she believes in a stone heart and thick walls, never to be torn down again. 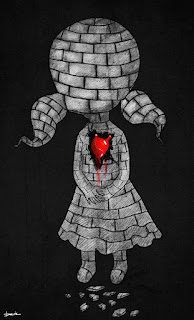 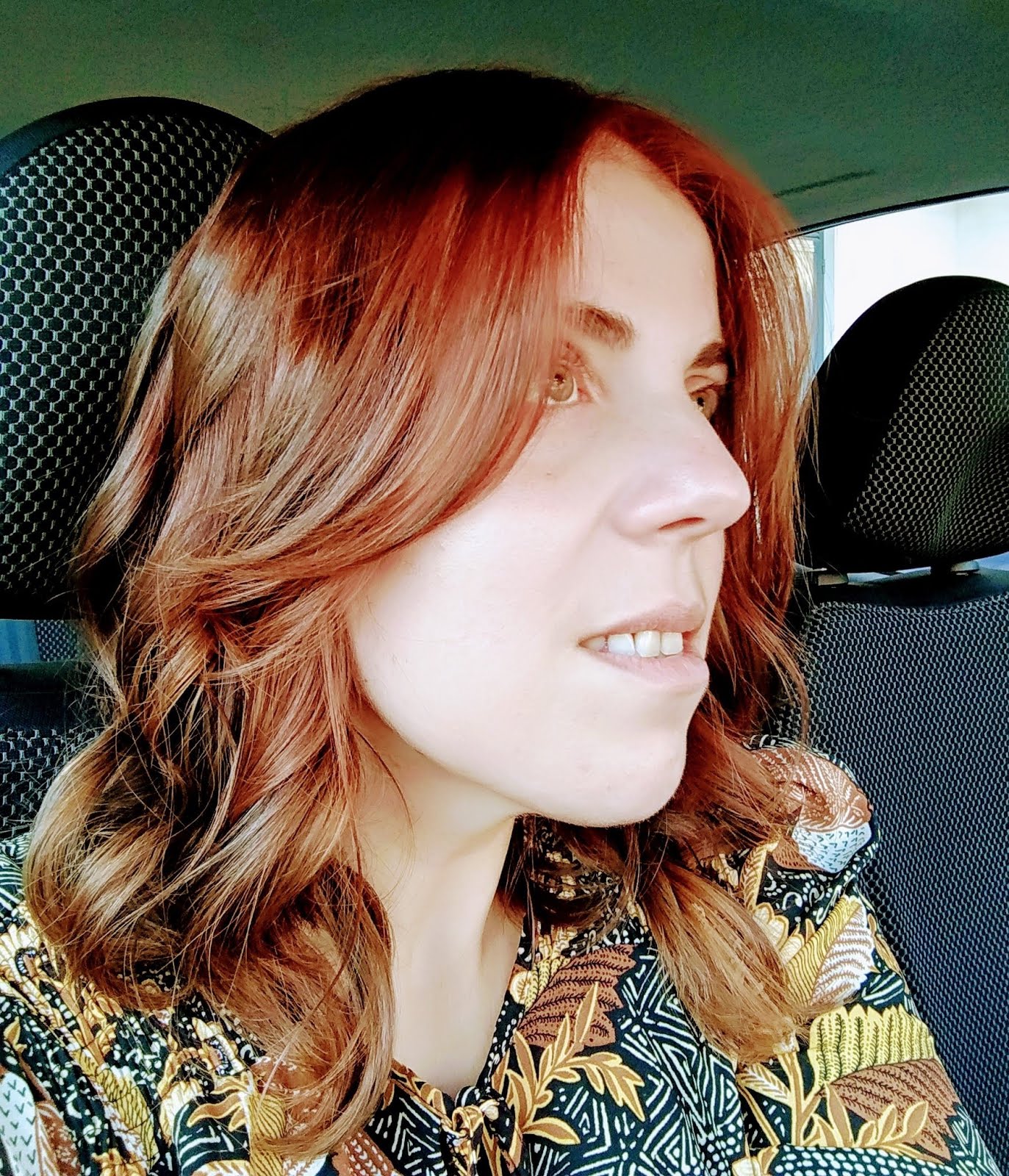